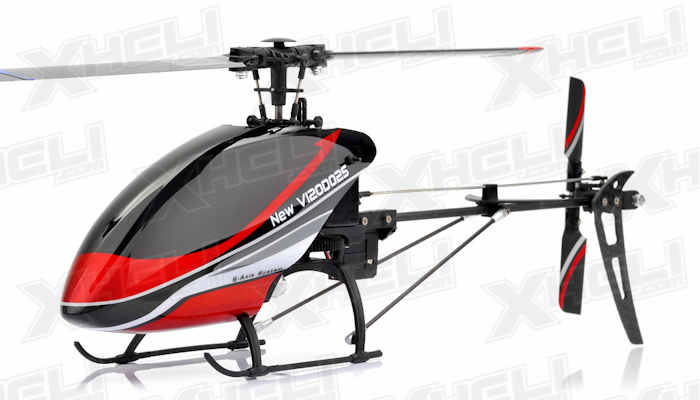 The V120D02S is the newest and latest in design innovations and technology from Walkera. It has evolved into an awesome machine. Walkera focused on mainly improving durability and adding stability in the new V120D02S chopper.

Not too long ago, Walkera experienced huge success on a palm sized 3D Helicopter, The V120D02. It was essentially a smaller scale version of the larger more capable 450 size helicopters. It featured a 3-Axis Gyro, a Flybarless Rotor Head and a high speed rudder servo with the ability to perform 3D aerobatic maneuvers just like the big boys.

Enter the V120D02S, based on many pilots’ feedback, criticism, and advice; Walkera made some major changes to the new V120D02S V2. Featuring an all new updated 6-Axis Gyro with the ability to update the firmware via the computer from online downloads. New composite material used in the frame and rotor head construction are claimed to be at least 300% tougher than the old V120. Our pilots flew this little monster like maniacs and can attest to the tougher new canopy, main blades and landing skids. We once heard a pilot mutter “it's almost crash proof now!”

One of the main issues of the old V120 is the tail gear set. Pilots of the older V120 despised how they were so weak. Walkera addressed this issue by creating not only larger gears but also thicker teeth to allow greater power transfer while enhancing the durability of the tail gear set. Combining the all new 6-Axis Gyro and the newly designed rotor head, pilots will be amazed how this mini chopper can mimic the handling characteristics of a 450. The main motor has also been upgraded to a 12000KV Out-Runner Brushless Motor weighing in at only 8.8g. This motor proves powerful and responsive and it delivers outstanding performance during 3D action. Walkera's goal was to make a Professional 3D helicopter in a much smaller scale. By the way this bird flies, we’re confident to say they achieved that goal and then some.