The 50 sized Zero Fighter is the youngest brother from the CMPro Japanese Fighter Series. Featuring a fiberglass moulded fuselage and painted rib wings. A great choice for those war plane enthusiasts.

The Mitsubishi A6M5 is a great scale airplane for anyone who likes scale flying. The kit includes a fiberglass fuselage and cowling. The wings are sheeted foam and covered. All covered surfaces are done in solartex cloth covering and then the whole airplane is airbrushed. All control surfaces have beveled leading edges and the control horn mounts are preinstalled. The wing is complete with CA hinges. The leading edge of the wing is pre-shaped. The kit includes full color decals. 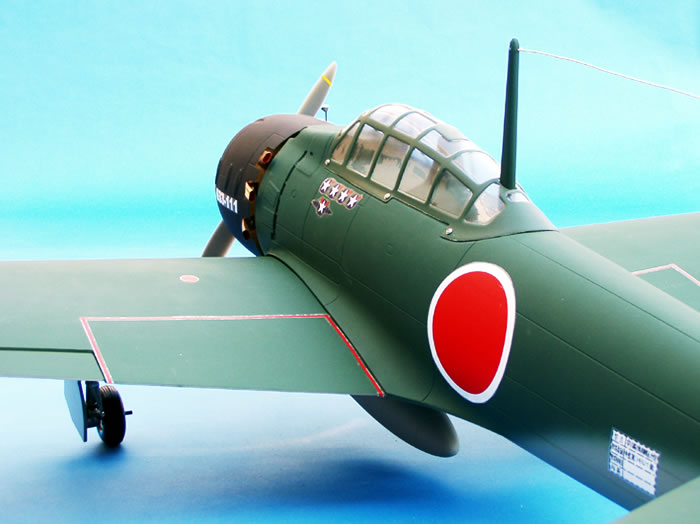 A quality hardware pack and full color decals are included. 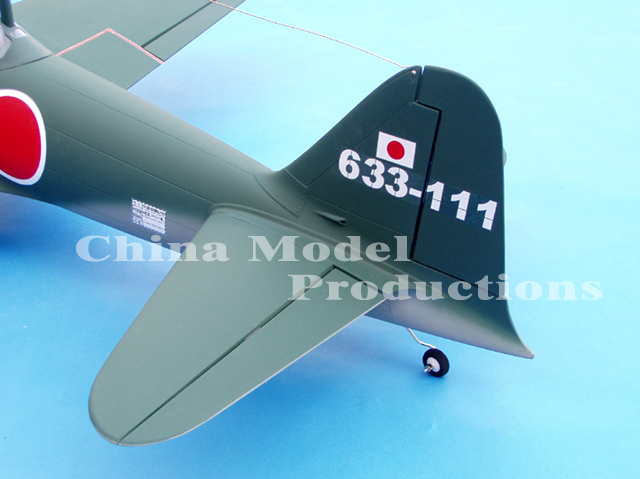 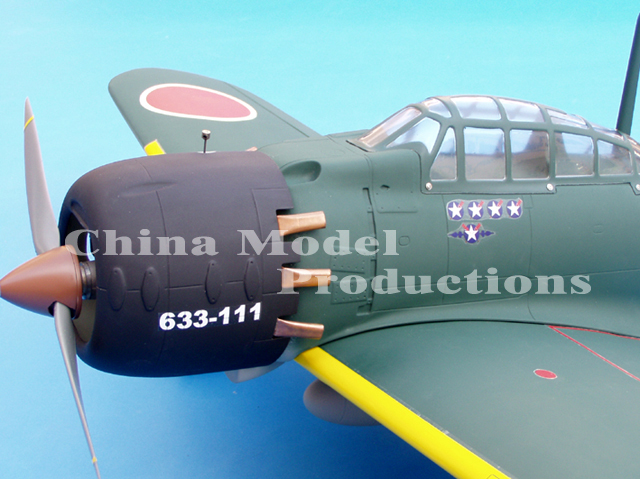 ARF Kit Only.  Additional Radio Equipments are required to complete.

Designed for attack the Zero gave precedence to maneuverability and fire-power at the expense of protection - most had no self-sealing tanks or armor plate - thus many Zeros were lost too easily in combat. Nevertheless, many Allied pilots died trying to learn how to fight such an agile aircraft.

The correct combat tactic against Zeros was to remain out of range and fight on the dive and climb. By using speed and resisting the deadly error of trying to out-turn the Zero, eventually cannon could be brought to bear and a single burst of fire was usually enough.

When the US had learned the "secret" of the Zero new aircraft such as the Grumman Hellcat and Vought Corsair were introduced, planes that outperformed the Zero in every way but maneuverability. To correct for that shortcoming, US pilots simply had to remember the correct tactics. The result was that the Model 22s were swept from the skies in huge numbers, and the US Navy's 1:1 kill ratio suddenly jumped to better than 10:1. However Japanese development did not remain static - newer planes like the George were excellent fighters and a match for the later US models.

As the war progressed, the Zero, once the most feared fighter in the Pacific, became outclassed by new more powerful American fighters. Even so, it remained an important factor in the Pacific theater, for it was used for kamikaze, or suicide, missions that inflicted some of the most severe damage of the war on the U.S. Navy. Loaded with explosives and manned by pilots willing to lose their lives for their country, the Zero became a flying bomb aimed at American ships. The Zero was used in nearly 2,000 kamikaze attacks before Japan finally surrendered to bring down the curtain on the war in the Pacific.

The Zero fighter ranks with the Supermarine Spitfire, Vought Corsair and North American Mustang as one of the historic fighters of World War II.