The 3-CH Slope Diver has successfully trained thousands of newbie radio controlled pilots worldwide. The Slope Diver is capable of take-offs from the ground with its 42" wingspan. 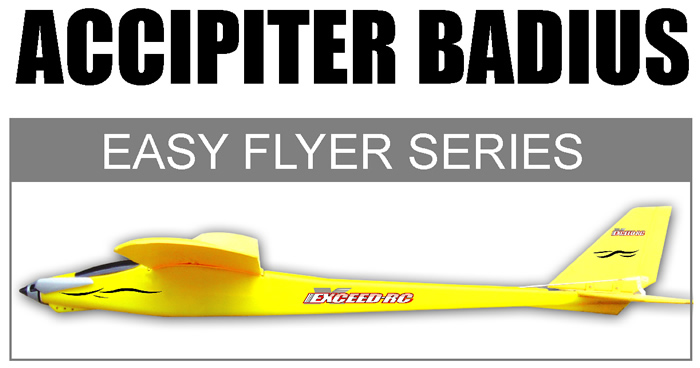 This aircraft operates as both a motorized glider and a plane. The huge wingspan in combination with lightweight construction. Once airborne at high altitudes simply use the variable speed control on the transmitter to adjust throttle speed or simply turn it off completely glide and collapse the prop in flight for maximum airborne flight time!

Beginners shouldn't fly the 3-CH R/C Airplane in more than about 8 mph (13 kph) of wind. However experienced pilots should be able to fly the plane with confidence in 12-15 mph (19-24 kph) winds.

This plane is recommended for 14 years or older,  Also, this plane needs the full radius of it's 1600 foot (500 meter) distance of control. So the pilot definitely will need some unobstructed, cleared land in which to fly.